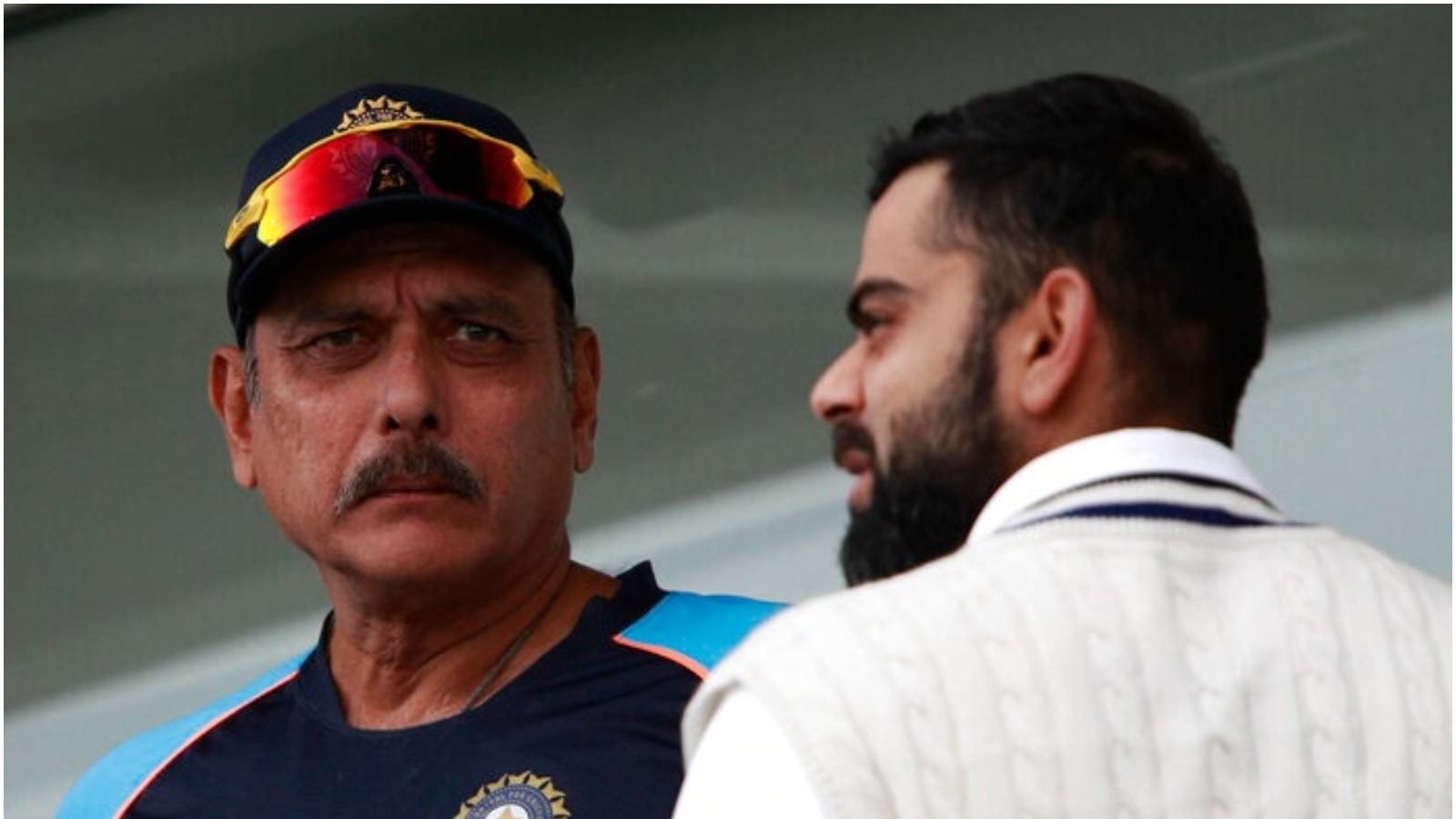 
New Delhi. The final match of the 5-match Test series between India and England has been cancelled. The Test match to be played in Manchester from Friday has been canceled after the Indian team’s support staff came to Corona positive. However, the Cricket Board of India (BCCI) has appealed to the England and Wales Cricket Board (ECB) to play this match later. BCCI and ECB are searching the window for this match, but no result has been found so far. In such a situation, India is currently leading 2-1 in this series. After the cancellation of this Test match, Team India’s head coach Ravi Shastri is being trolled on social media.

Actually, Ravi Shastri went for a book launch event last week. In this event, Virat Kohli and some others of the team were also seen with him. According to the information received, there was a huge crowd in this event. During this, Shastri, Virat and other Indian players were not even wearing masks. People were allowed to come from outside in this event. After this, coach Ravi Shastri’s corona virus test came positive during the Oval Test. He had released his book at the Team Hotel in London, after which he was found to have symptoms of Kovid-19.

After coming in contact with coach Ravi Shastri, bowling coach Bharat Arun, fielding coach R. Sridhar and physio Nitin Patel were also found positive. After this the support staff of the Indian team was sent to isolation. The players were under threat after assistant physio Yogesh Parmar was found positive for Kovid-19 on Wednesday. In such a situation, the first practice session was canceled on Thursday. In view of the safety of the players, it was decided to cancel this test. After the cancellation of the Test match, trolling of Ravi Shastri started on social media and fans have blamed him for this. 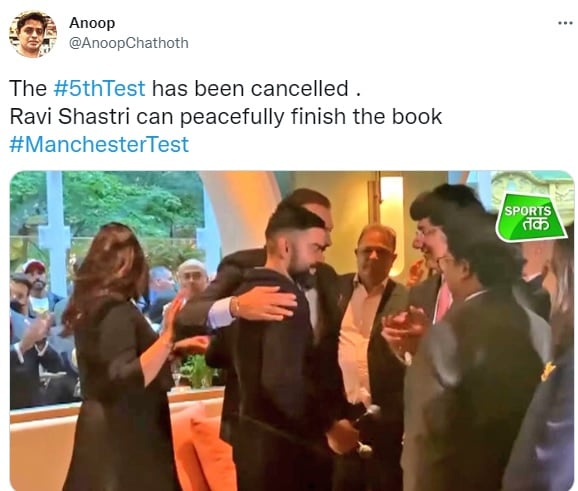 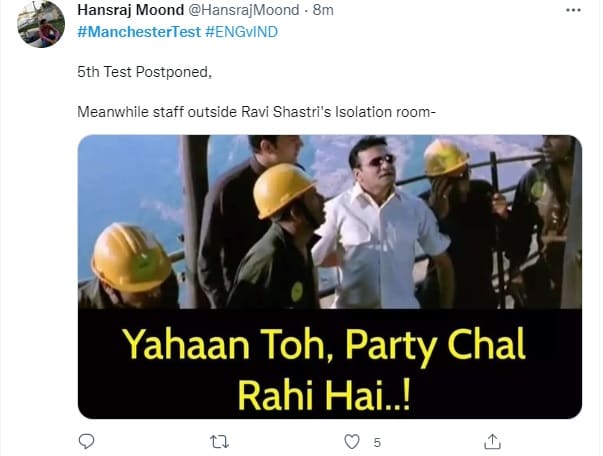 It is being told that captain Virat Kohli and other players did not want to play in the match. The officials of the Board of Cricket in India (BCCI) also could not convince him to play the match. In such a situation, the ECB said in a statement, “In view of the possibility of further increase in the cases of Kovid in the Indian camp, India is unable to field its team.” “After ongoing discussions with the BCCI (Cricket Board of India), the ECB can confirm that the fifth Test between England and India starting today at Old Trafford will be cancelled,” the ECB said in a statement.

India lead the series 2-1 but have not been declared winners as the fifth Test could be played when the Indian team tours England for six limited-overs matches in July next year. According to BCCI sources, “There is still every possibility that the match will be played at some point of time.” India won the second test match at Lord’s by 151 runs and the fourth test match at The Oval by 157 runs. Meanwhile, England won the third Test at Leeds by an innings and 76 runs. The first match played in Nottingham was a draw.

If you are worried about the job, then start this business for Rs 1 lakh, the government will give help of Rs 2.16 lakh

Tata Tiago's CNG variant will be launched soon, know how this car will be 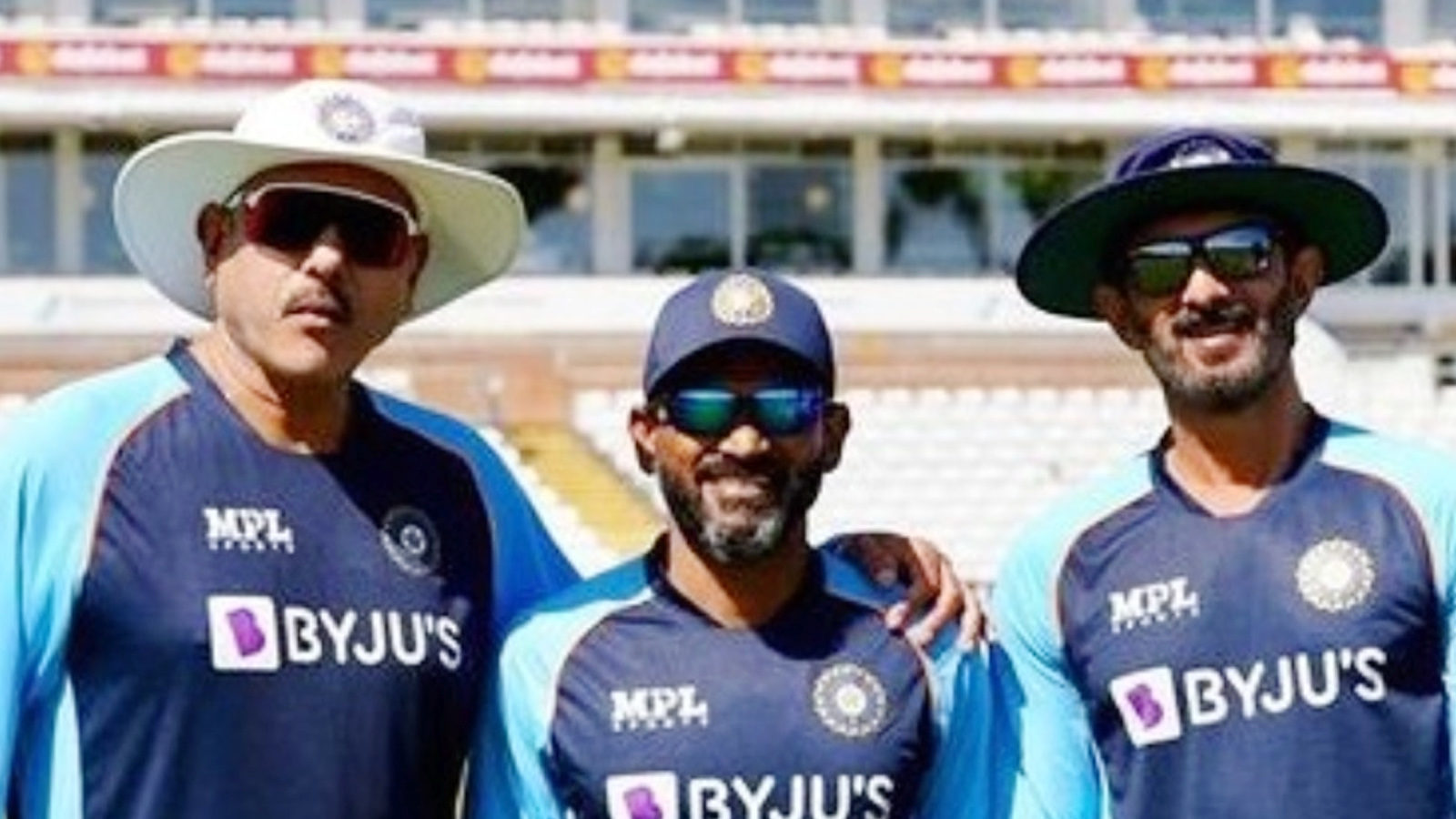 Ravi Shastri said on ‘Corona from book launch’ – There was an attempt to make a scapegoat, but…

Students will get benefit in online studies, National Digital Library is starting this new facility