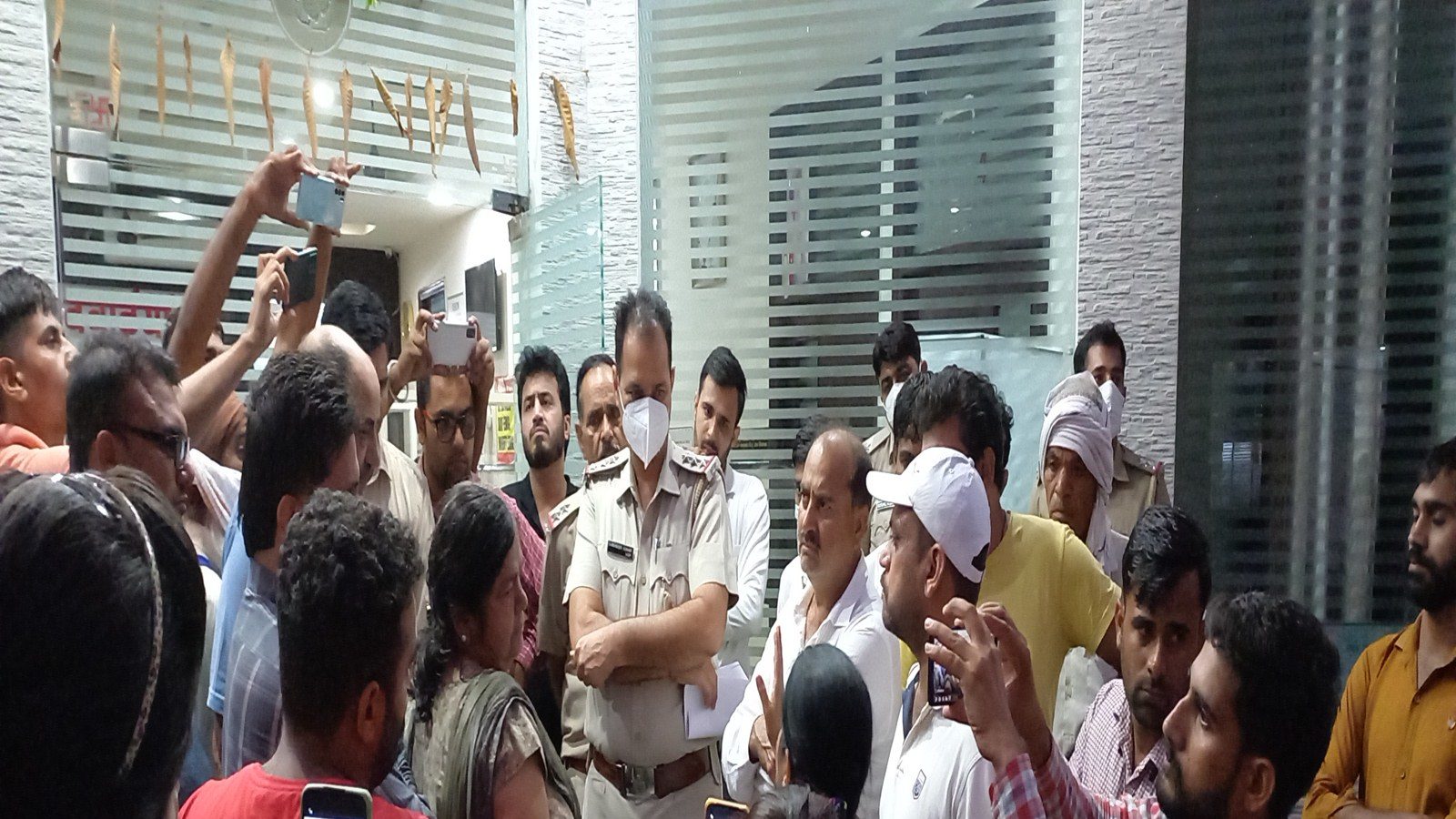 
Tohana (Fatehabad). The private hospital in Tohana of Fatehabad district of Haryana has again been accused of negligence. The condition of the mother is critical after the death of the child at the time of delivery. The woman has been admitted to a private hospital in Hisar in a critical condition. The relatives created a ruckus outside the hospital and accused female specialist Dr Shalini Garg of negligence. The family members allege that they were misled for a long time. After the death of the child, the woman was referred after her condition deteriorated.

The family members of the woman kept raising slogans outside the hospital demanding action against the doctor. After the delivery, the woman had started building more, which worsened the condition of the woman, after which the doctor gave her the answer. The police administration has reached the spot and is busy investigating the matter. The woman’s name has been described as Meenakshi Rani and is a resident of Bhatia Nagar. The woman was admitted to Shalini Hospital and Multi Specialist Center at Medical Enclave, Chandigarh Road.

what the police have to say

City police station in-charge Surendra Kumar said that the complaint has been received. were on the spot. A pregnant woman was brought to Shalini Hospital. The child has died during delivery, while seeing the condition of the woman is critical, the Hisar private hospital has been referred to CMC. A complaint has been received from the family members accusing the doctor of negligence and misbehavior. Investigation is being done on the basis of complaint.

What does hospital management say?

Hospital operator and Dr. Shalini Garg husband Dr. Manoj Garg told that on Monday a pregnant woman had entered the hospital for delivery, which was her second child. The first child was also born from the operation. The pregnant woman was kept under the care of Dr Shalini Ghar. The chances of having a normal delivery were high. The baby died during delivery. Apart from this, the woman was bleeding more. Once the bleeding was brought under control by the doctor, but the woman’s condition worsened, about which the family members were told that the woman’s uterus would have to be removed. But the family refused to do so and told to give leave to the woman. The condition of the woman had become very serious, because the bleeding was not stopping. The woman was admitted to CMC, a private hospital in Hisar. To prevent the spread of poison in the woman’s body, the woman’s uterus was removed by operation. I want to apologize on behalf of my staff for the misbehavior that the family members have accused the management of, if anything like this has happened. We are also saddened by the loss of the child, so our condolences are with the family.

IPL 2021: As soon as Virat Kohli stepped down from the captaincy, Delhi Capitals gave a big responsibility to Rishabh Pant

Student preparing for UPSC accuses police of thrashing her by entering her house, stirred up

When raids took place in the office of the pharma company, Rs 142 crore was found in the shelves, IT officers lost their senses